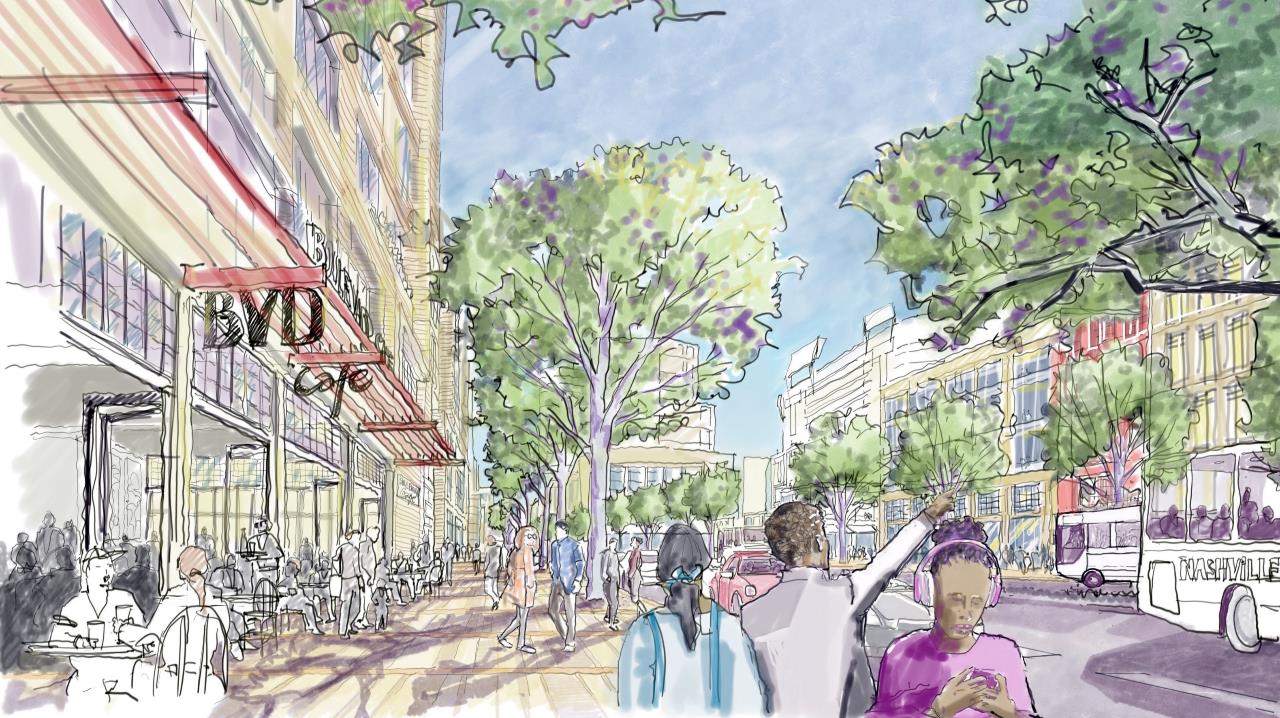 A rendering for what the East Bank’s primary north-south vehicular “spine” will look like. It will establish a multi-model transit corridor for East Nashville, with broad sidewalks to support ground-level commercial activity and a vibrant pedestrian-oriented street.

The city of Nashville entered the new year with an announcement from Mayor John Cooper that the City would embark on constructing a major north-south boulevard on Nashville’s East Bank, forming what is envisioned as the spine of a mixed-use waterfront district that Perkins Eastman is master-planning.

“The boulevard will be a backbone for additional connector streets that will include all modes of transportation—with an emphasis on pedestrians, cyclists, and public-transit options—for an East Bank that is safe and easy to navigate and, in the long term, connected to the larger Middle Tennessee region,” according to a Jan. 3 report from News4 Nashville.

The Nashville study, led by Perkins Eastman, is the latest in an international body of work that’s come to distinguish what Nashville Metro Planning Director Lucy Kempf calls the firm’s “world-class ability to transform large waterfront areas into compelling, vibrant environments that maintain the character of the city.” The full scope of the firm’s experience in this practice area is the subject of an article in the new issue of The Narrative, Perkins Eastman’s in-house magazine. 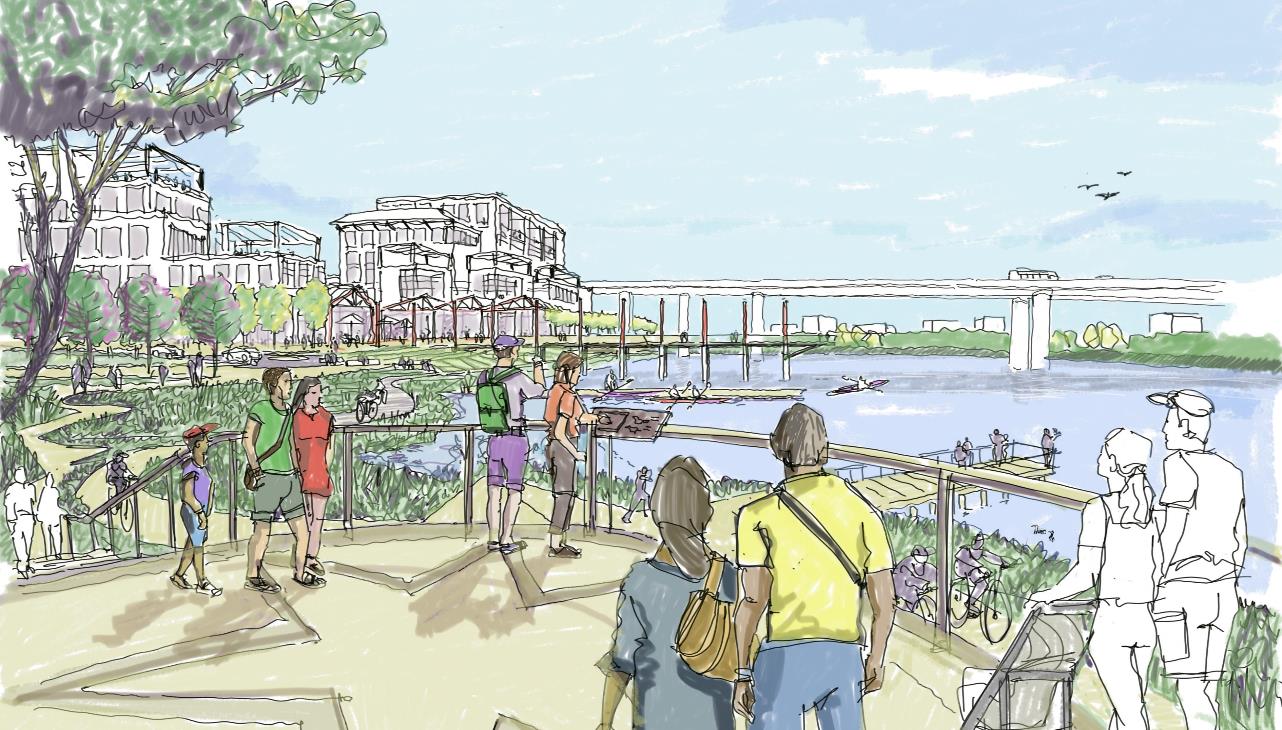 The waterfront design will offer new places for residents to gather along the water’s edge; it will incorporate resilient landscape features to help “make room for the river” and manage flooding; and for the first time, it will provide opportunities for Nashvillians to engage with the Cumberland River’s East Bank.

Perkins Eastman principals Eric Fang and Vaughan Davies began the Nashville project last year by taking a boat ride with city officials to survey the river’s shores. “It starts with water. When you get onto the water, it puts you in a different place, in a different mindset, you’re seeing the world completely differently from most people around you,” Davies reflects in the article. That approach has informed projects that have come to be signature destinations in U.S. cities and abroad: The Wharf in Washington, DC; Battery Park City in New York; Canal Side in Buffalo, NY; Inner Harbor East in Baltimore; and Huishan North Bund in Shanghai, to name a few.

Read on to learn about the myriad considerations that play into mixed-use projects that will define a city’s waterfront, and, to be realized, such endeavors need to tread a fine line between the practical and the visionary.

In the meantime, now that Nashville’s leaders are moving forward with the framework of a “spine street” for the East Bank project, plans are beginning to take shape using input from extensive outreach conducted by the Perkins Eastman team including public open houses, walking tours, and survey responses from more than 400 participants about what people want to see within this 338-acre area (that includes Nissan Stadium, home of Tennessee Titans football). This input will guide progress and serve as the compass for future development that is anticipated as the East Bank evolves into Nashville’s next great place.