In Appreciation of Joseph DesRosier 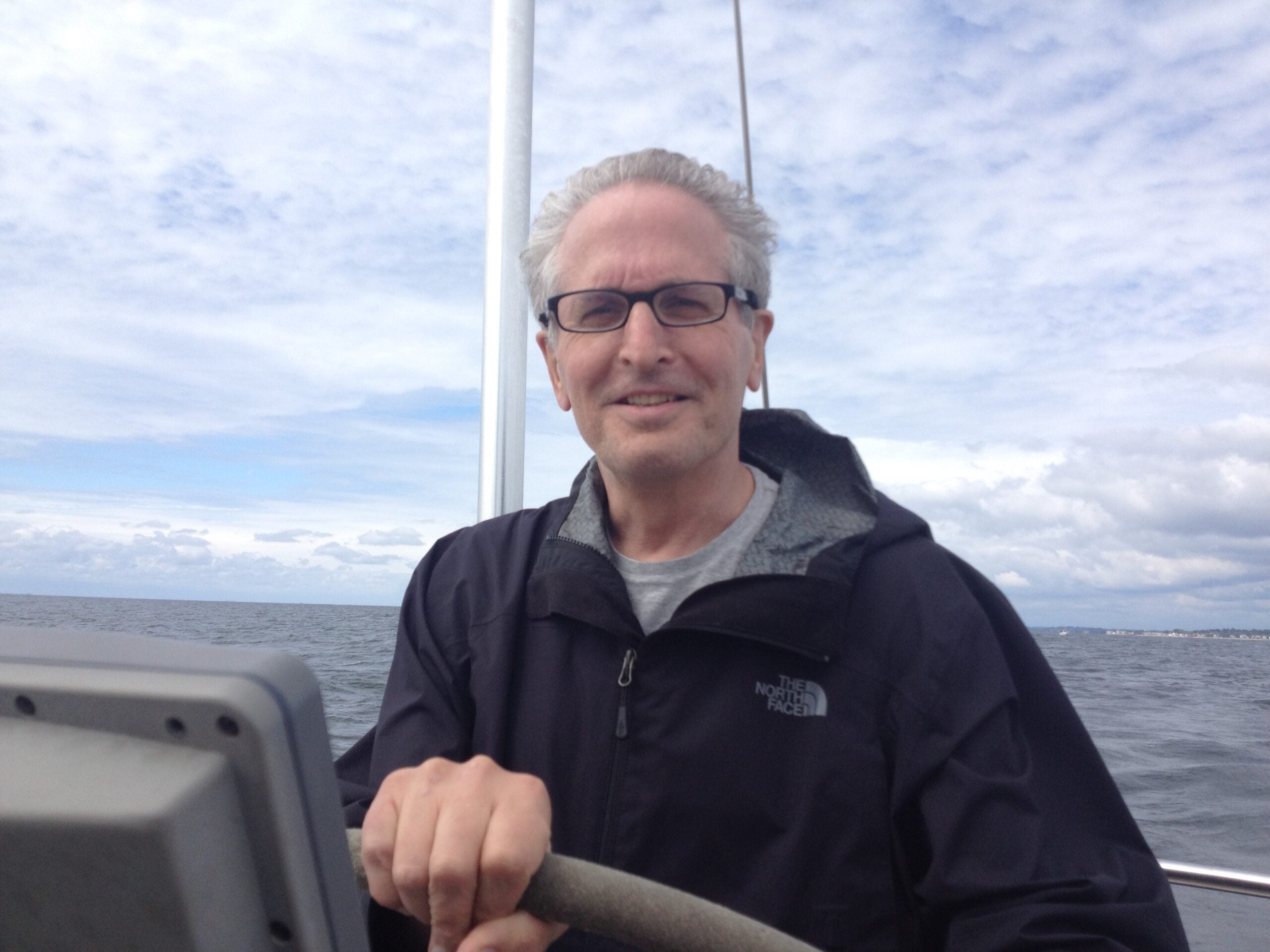 Perkins Eastman is sad to share that Joseph DesRosier, an integral member of the PE community since January of 1988, died on Monday. Joe, 66, passed peacefully and comfortably, surrounded by his wife and siblings, after a brief illness. A leader, mentor, sustainability advocate, and to many, a dear friend, Joe shared his deep knowledge as an architect generously over the years, contributing to the growth and success of the firm.

“Joe was a dear friend and colleague for almost 35 years. He played a major role in the building of Perkins Eastman,” says Chairman and Co-founder Brad Perkins. “He was a key design leader as we built our senior living and residential practices as well as our international practices in China, Japan, and India. Joe was a wonderful travel companion who could use his sense of humor to reduce the stress of some of our long, early trips building our international practice. I am just one of the many here who will miss him very much.” 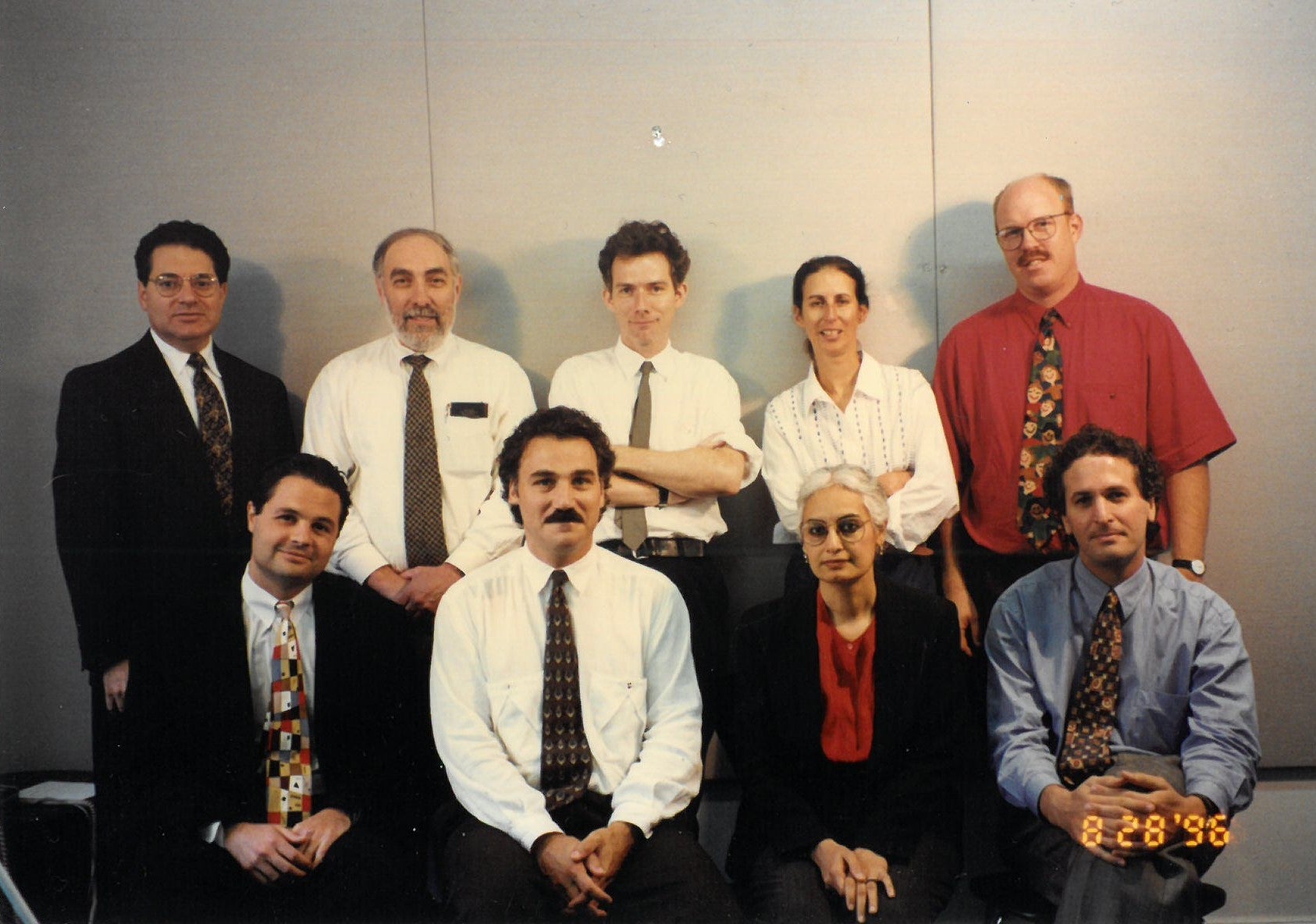 Principal Charles Williams is among those who will miss Joe greatly. “I suppose my introduction to Joe was similar to the way people met a quarter century ago at Perkins Eastman—over wine at an informal Friday evening happy hour. We shared many stories and laughs, but circumstances change, the office expanded greatly and moved, people got married, bought houses, or moved further from Manhattan, had kids, and the happy hours happened far less frequently. Joe and I rarely crossed paths at work owing to our very different roles, but I always felt a close affinity to Joe owing to his great sense of humor, aw-shucks Minnesotan demeanor, well-read and curious nature. His utter delight in the humorous and absurd aspects of life was infectious but it was his empathy that always shined through. He was a great listener and would share in return to let you know that you shared similar values with our devotion to our friends and family and our struggles with the bigger things in life. Our conversations quickly turned personal and deep, and it is this that I will miss most in losing Joe.” 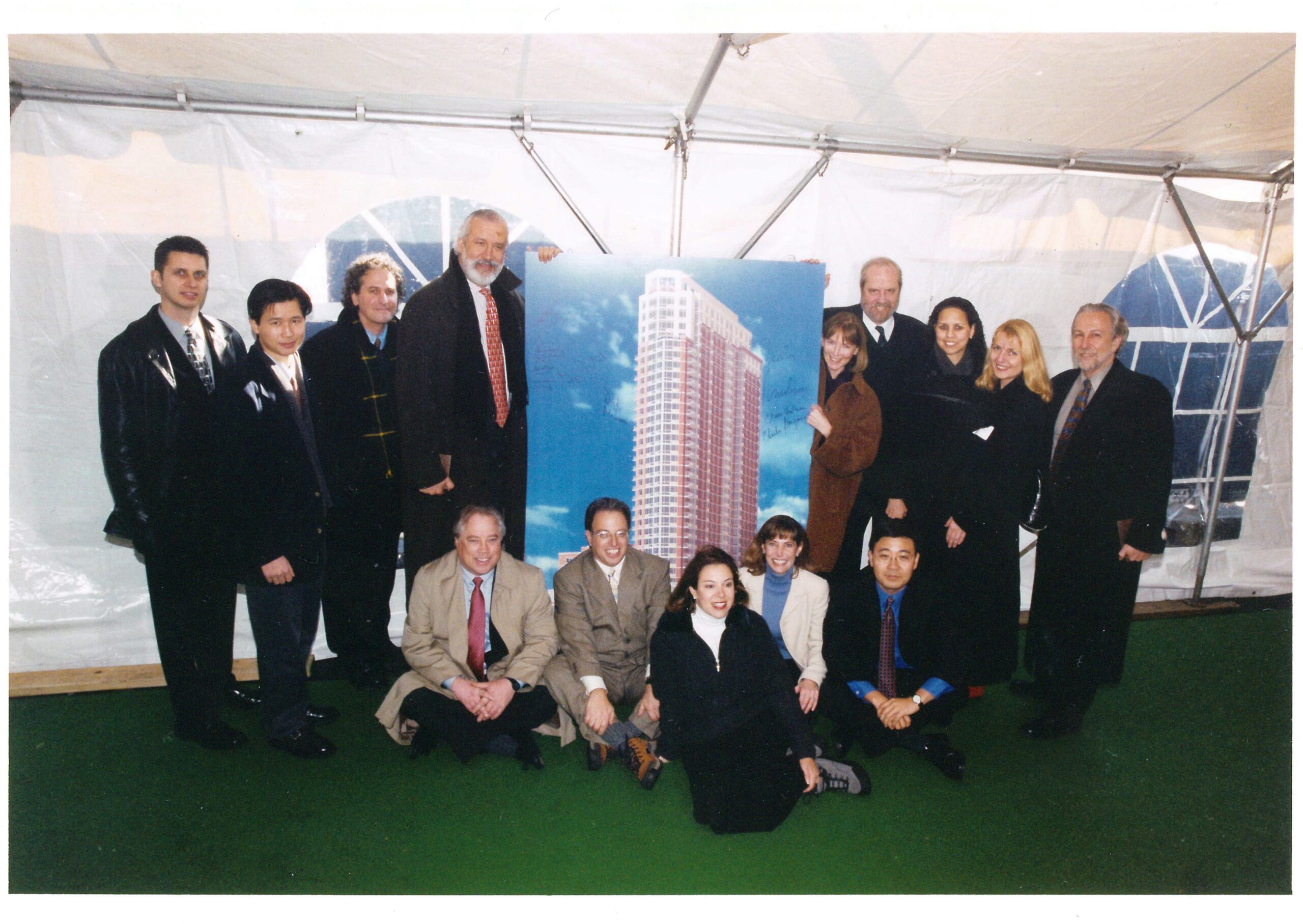 Joe (standing, third from left) along with Perkins Eastman Co-founders Mary-Jean Eastman and Brad Perkins (standing, to the immediate right of the poster) stand wtih the team that worked on the Avalon Riverview apartment building in Queens, New York, when it opened in 2001.

Principal Martin Siefering shares a memory that goes back decades too. “When I joined PE in 1990, I remember very quickly recognizing Joe’s Minnesota accent and introducing myself as a fellow Midwesterner—the softness of his accent and his gentle demeanor never changed over the following 30-plus years of working in the profession and living in New York City. My first significant project assignment came to me just a couple months later—it was to handle the construction administration responsibilities for a project that Joe had designed—but by then Joe had left the firm (to return to PE two years later). When Joe left, he graciously gave me his home phone number—this was before cell phones or email—to reach out to him if I needed help. I did not avail myself of his generosity often, but the few times that I did call him he was always very generous with his time and provided thoughtful advice—he always knew what sheet of the large set contained the clue to the issue that I was struggling with. Over the following years, we worked together on many internal challenges and projects. His warmth, dedication, and humor could always be counted on.” 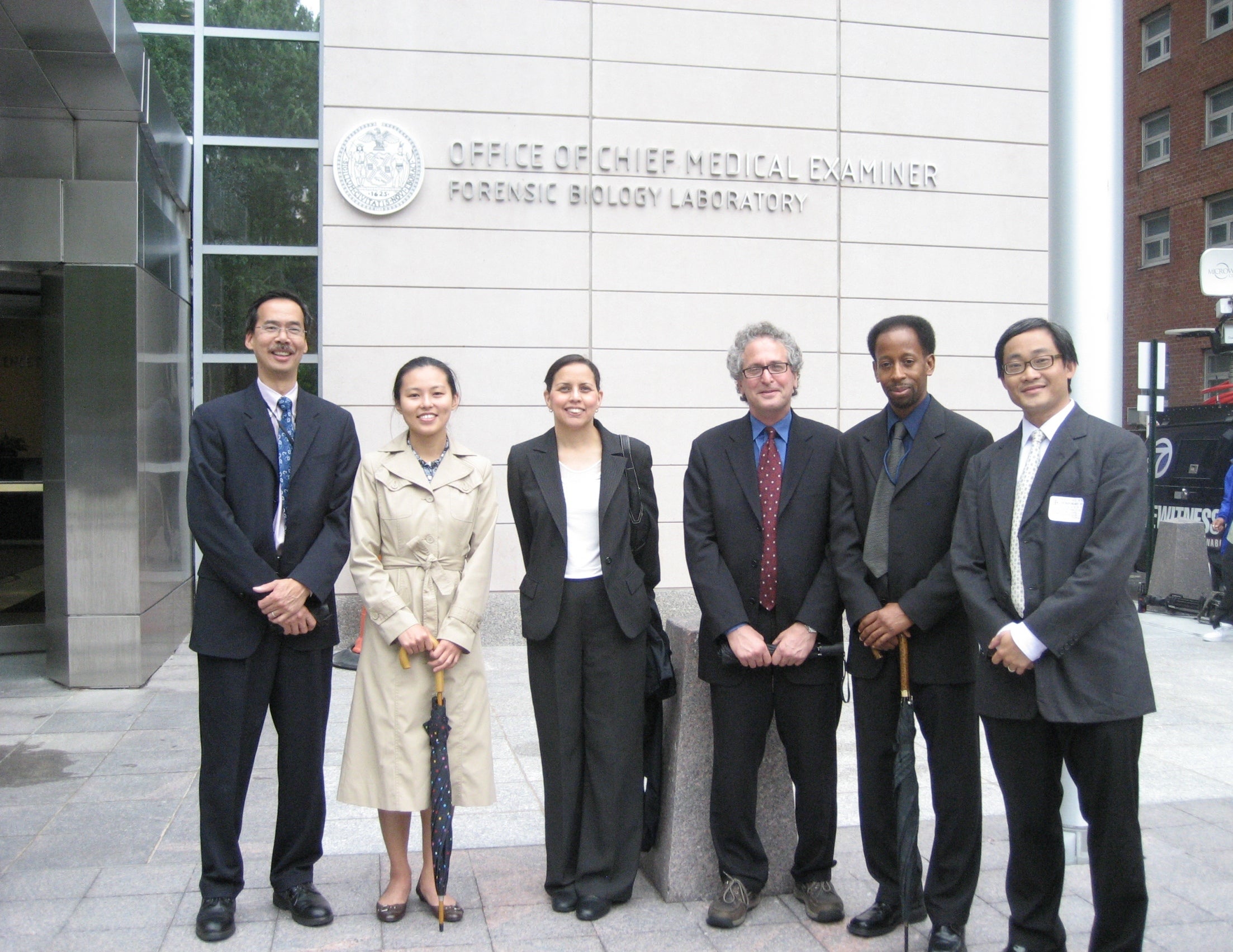 Joe (third from right) stands with his team at the opening of the new DNA Forensic Biology Laboratory for the New York Office of the Chief Medical Examiner in 2006.

“Joe was the heart and soul of the residential practice of design for New York,” Principal Carl Ordemann says. “He was the best puzzle solver I ever met. He’d sit quietly, think a problem through, then have a solution others would take 10 times as long to figure out.” Joe and his wife Lisa often sailed with Ordemann on his sloop. “Joe and I would sail overnight together,” Ordemann says, adding that they sailed from New York to Maine. “You really need to be able to depend on each other and trust each other when you do that. Clients would say the same thing: Joe was totally trustworthy.”

“He was a soft-spoken and a kind-hearted friend,” says Principal Michael Lew. “He truly cared about our projects and spent many hours with our young staff. Joe was an architect who knew more than he let on.  We’d have daily ‘Can you stump Joe’ questions on the code, and he’d have the right answer.” Joe was also an accomplished chef. “The aroma from his lunches had many of us going to lunch early,” Lew adds.

“Joe was one of the most easygoing collaborators to work with who always brought thoughtfulness and insight to a project. His enthusiasm for design and commitment to mentorship, along with a great sense of humor, will be dearly missed,” says Shawn Basler, co-CEO and executive director.

Nick Leahy, co-CEO and executive director, adds, “I grew up in Perkins Eastman with Joe through the years as PE evolved. Joe was always a constant—a solid person and a part of the foundation of the firm. He will be missed every day by all of us who knew him and were lucky enough to have worked with him.” 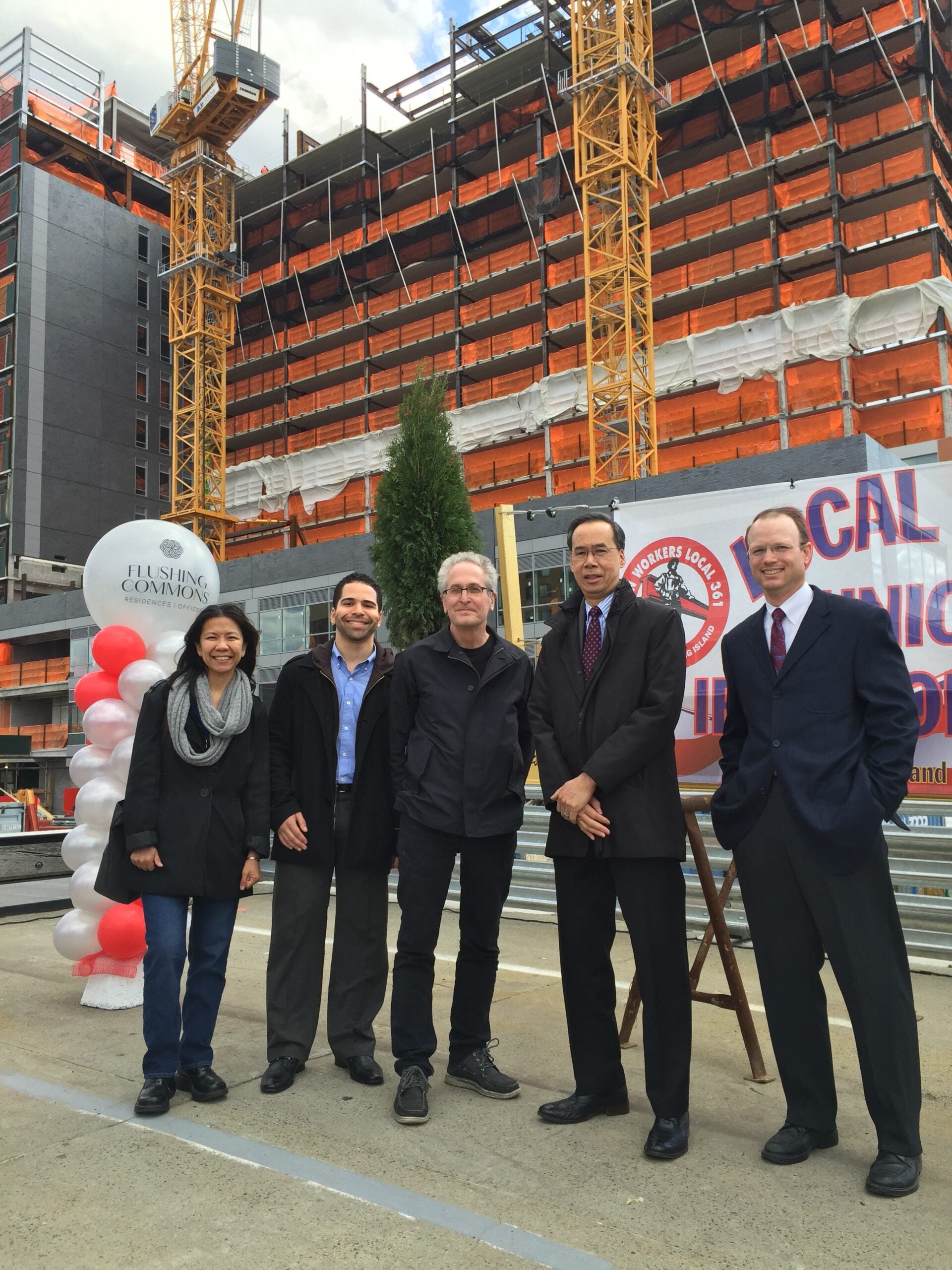 Joe (third from left) and Michael Lew (second from right) and a Perkins Eastman team attended the topping-out ceremony at the new Flushing Commons mixed-use development in Queens, New York, in 2016.

Principal Diana Sung worked with Joe from his very first assignment with the firm, the Montefiore Home in Beachwood, OH. “Brad Perkins was the principal-in-charge,” Sung says. “Joe always made things lively, interesting, and funny in his own special way. He was very meticulous and detail oriented.… All Joe’s clients appreciated his integrity and his creativity in solving problems.” Sung adds that Joe was always one of the first to arrive in Perkins Eastman’s Fifth Avenue headquarters, “even during the pandemic.” He would usually go into the studio five days a week.

“In the 20 years I worked with him, I never saw Joe lose his cool,” Ordemann says. “He was steady at the helm.”

“Joe was one gentle, giant soul,” Sung says. “We will all miss him.”

As those of us who knew and worked with Joe mourn his passing, thousands of people around the world will continue to enjoy the legacy of his design: 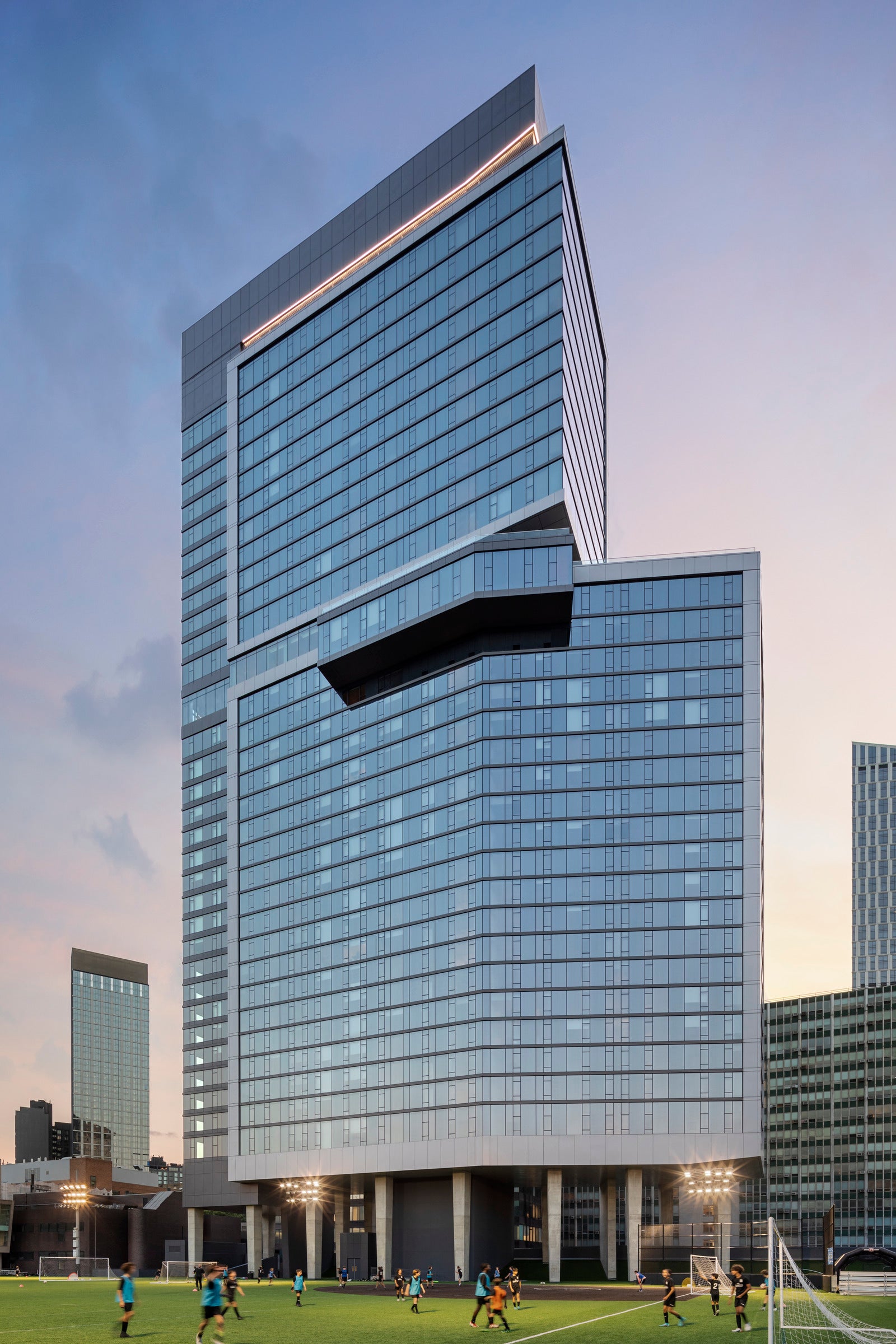 Joseph DesRosier was known for his large-scale, mixed-use projects, especially multi-family housing in New York City. Among them was The Willoughby, a private residential development he designed within the Long Island University campus. It recently opened at 196 Willoughby Street in Brooklyn, New York.
Photograph by Andrew Rugge / Copyright Perkins Eastman 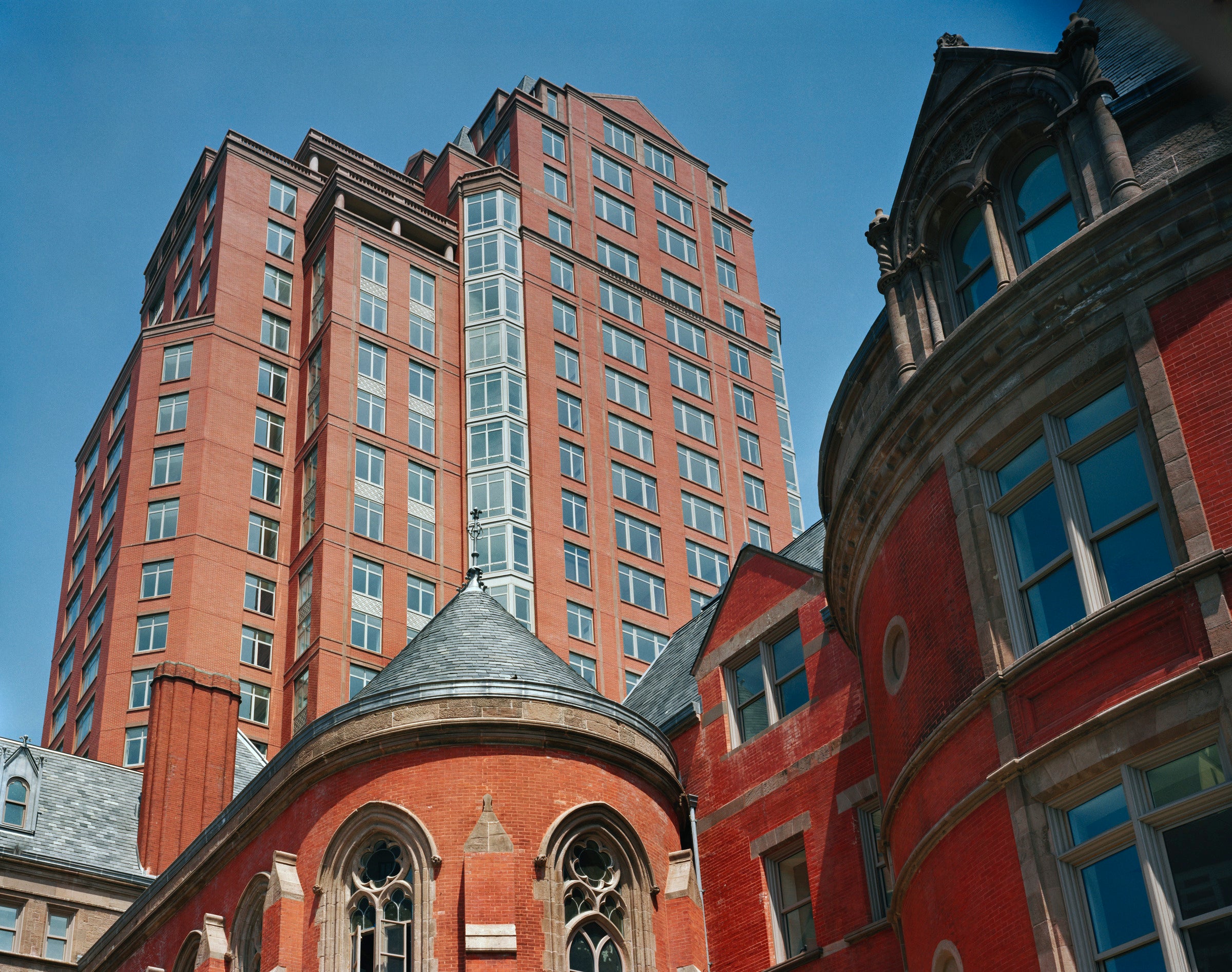 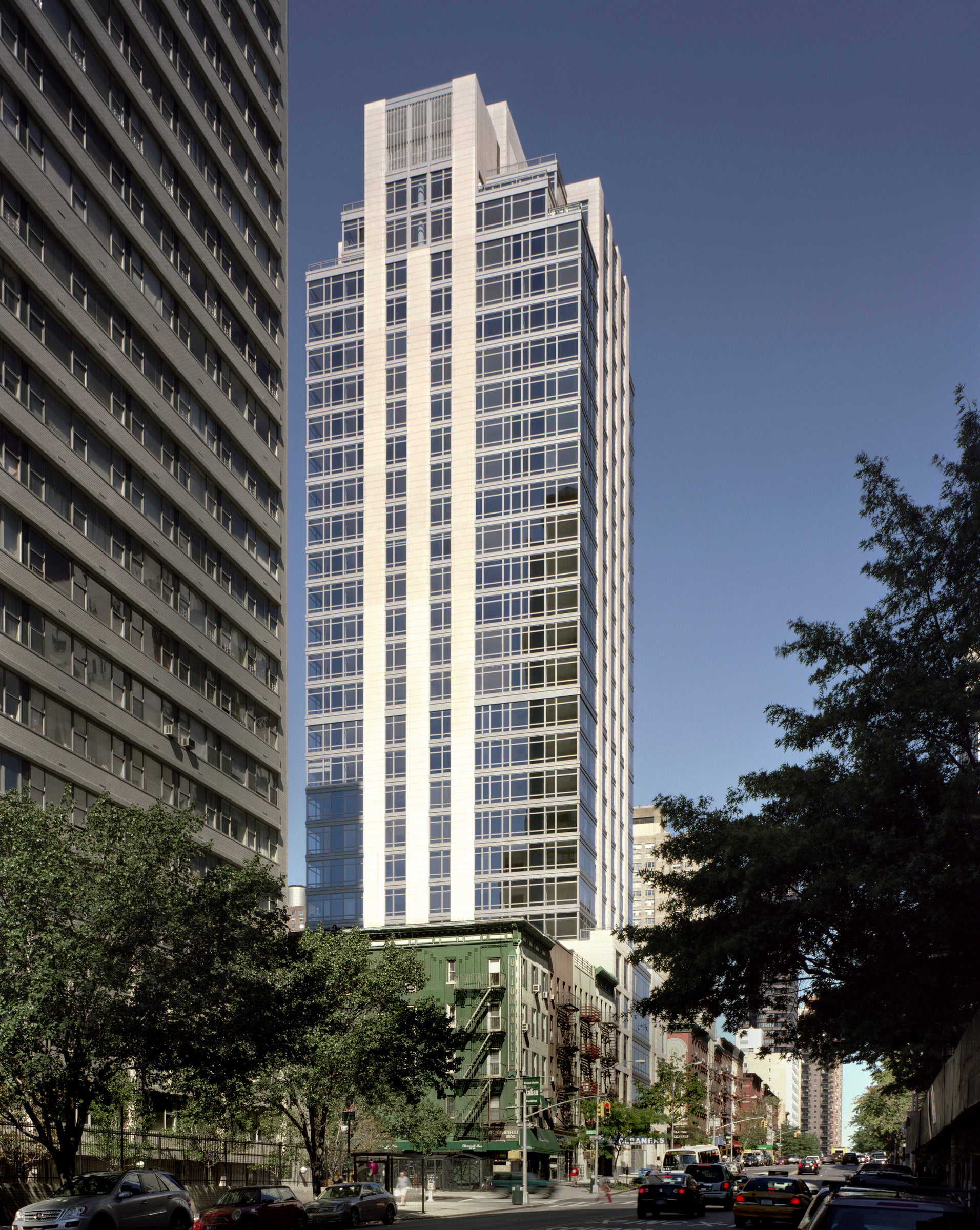 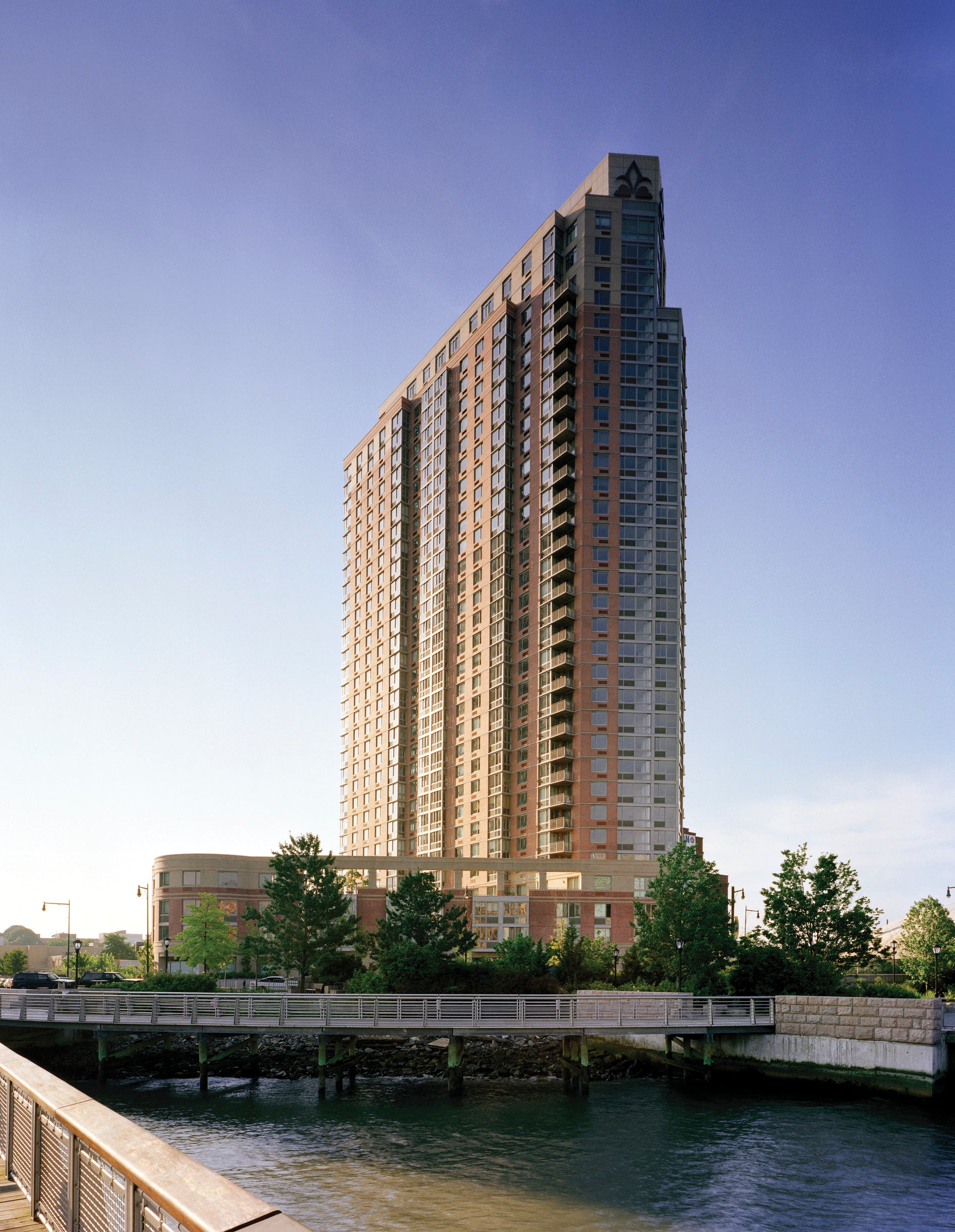 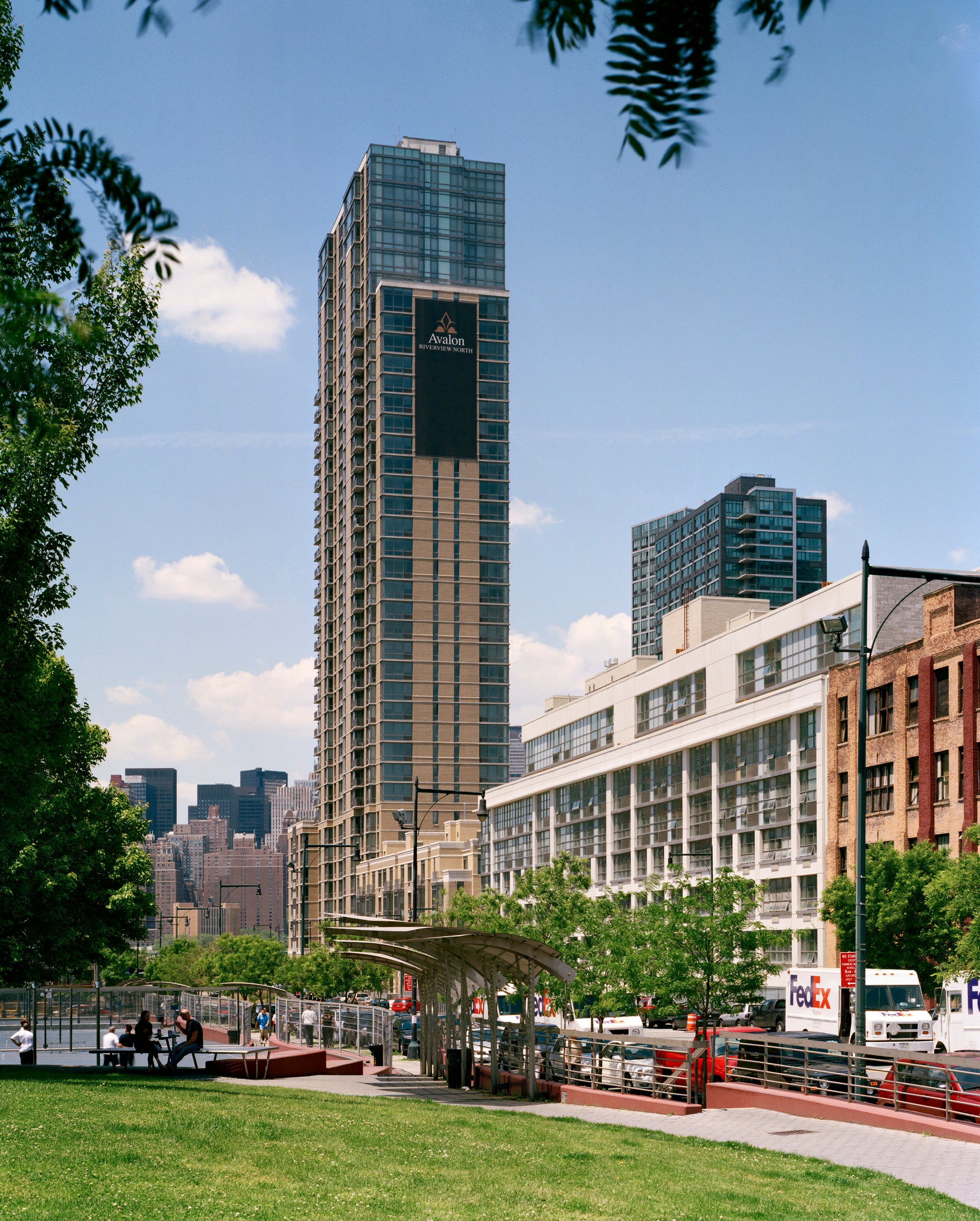 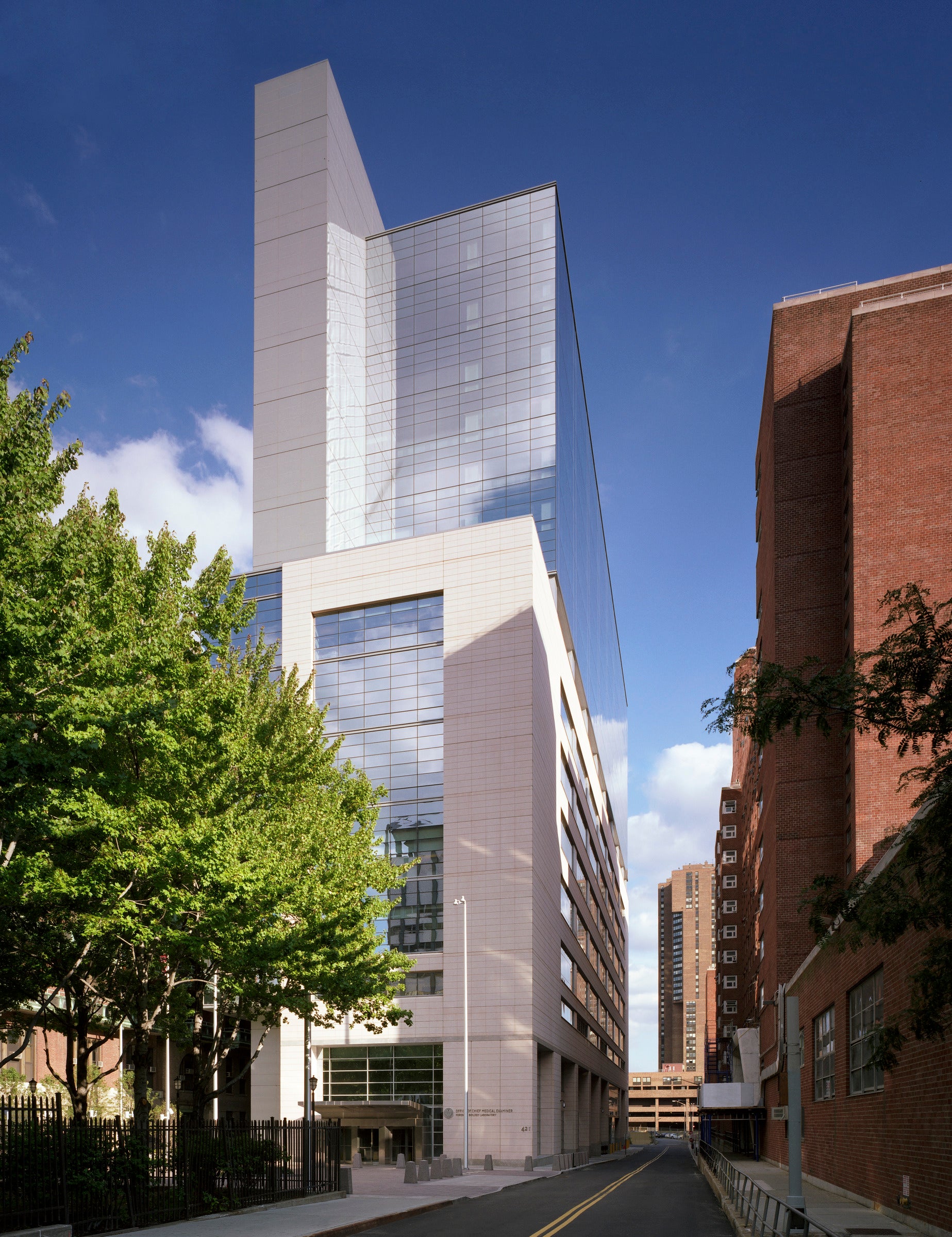