A Toast to Deborah Lloyd Forrest for an Exceptional Career

Building long-term relationships is the secret to building a successful business. 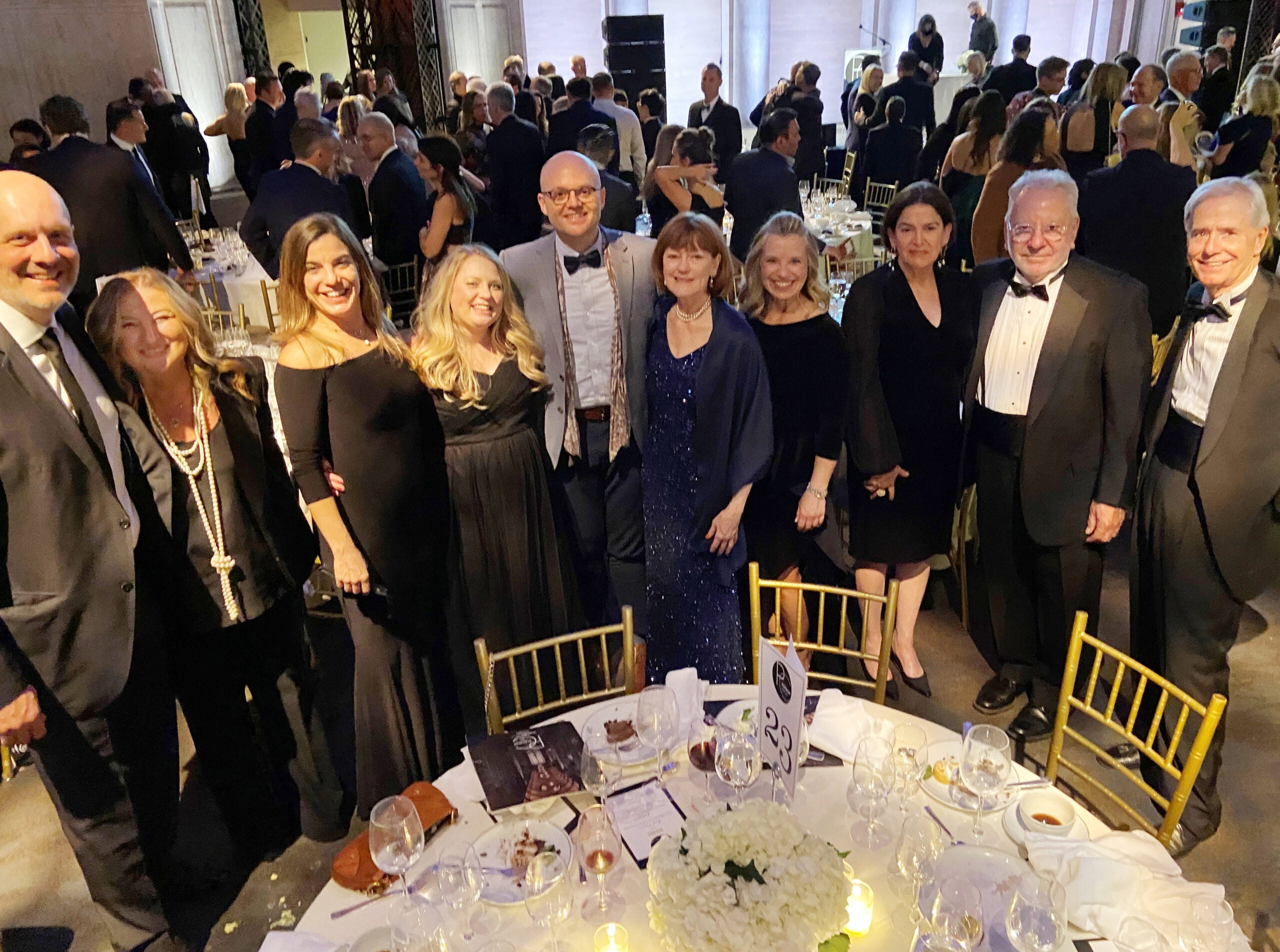 Some four hundred design-industry leaders recently gathered for a black-tie gala at the elegant Cipriani 25 Broadway in New York City to celebrate the new inductees into Hospitality Design (HD) magazine’s prestigious Platinum Circle. Before announcing these coveted awards, which are given for a lifetime of achievement to designers, architects, hoteliers, and restaurateurs, however, HD Editor-in-Chief Stacy Shoemaker Rauen took a few moments to make a special surprise announcement to honor a longtime Platinum Circle member regarding her new role.

Rauen then projected onto a large screen a headshot and work highlights of Deborah Lloyd Forrest, principal and founder of ForrestPerkins, a distinct design studio of Perkins Eastman, and a Platinum Circle member since 2004. Next, Rauen told an anecdote from when she was starting her career in publishing and had a lunch with Forrest at an expensive restaurant that lasted three hours. Rauen laughed as she added that she was later reprimanded because the bill was so high, but all turned out well, as the long lunch resulted in a great article. When Rauen finished telling her story, she announced that after more than forty-five years, Forrest was retiring and that she would be “sorely missed.” The entire audience leapt to its feet in a robust standing ovation.

“Deborah’s taste for design and her impeccable attention to detail has elevated us,” says Shawn Basler, co-CEO and executive director of Perkins Eastman. “She is a perfectionist—in a good way. She looks at projects and at the workplace with an impeccable sense of style and elegance,” Basler adds. “Deborah is an incredible partner, and while she may be in transition, she is still very important to our firm in a consultant role.”

Forrest is passing her sketchpad to ForrestPerkins Managing Principal Colletta Conner, who says, “Deborah is an incredible mentor and I’m thankful for the nine years we have worked together. We all have learned so much from her and I personally look forward to many years of friendship yet to come. I’m excited for the opportunity that [being a] managing principal brings and excited to carry the torch forward with our studio leaders. We all care deeply for Deborah and ForrestPerkins, and will strive to continually evolve the brand to new heights. With new projects completing this year and new projects on the horizon, we are excited for what the future holds.” 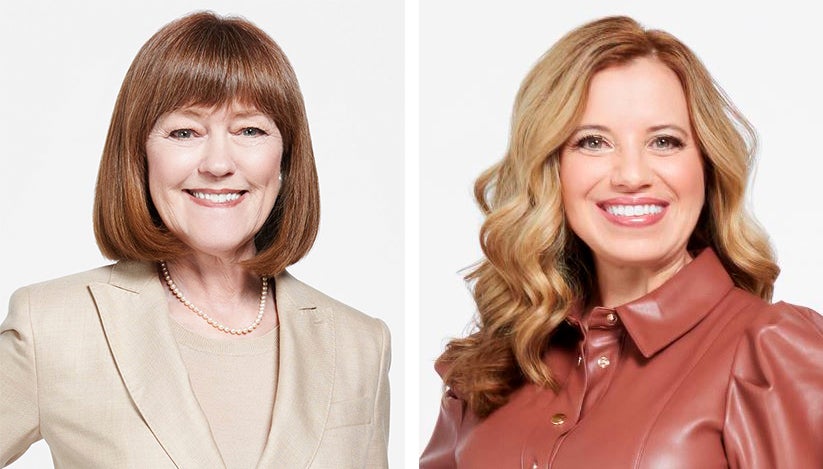 How It All Started

Forrest, an Oklahoma native with a Masters in English and a passion for interior design, was living in Dallas in 1972 when she began working for interior designer Robert Preston Henry, who specialized in residential design. In 1980, when she learned of an opportunity to renovate the small, 1920s-era Eola Hotel in the historic Mississippi town of Natchez and was selected for the job, she established her own firm to take on the commission. “The hotel was derelict. We had to wade through two feet of water in the basement to scout the place,” Forrest says. As luck would have it, the internationally renowned postmodernist architect Charles Moore was a consultant on the renovation, and when it was complete, no less than Architectural Record covered the transformation, shining a national spotlight on the young interior designer’s work.

“After that, I was hooked on hotels and never looked back,” Forrest says. Knowing she wanted to make historic hotels her niche, she joined Joyce K. Wynn, who specialized in hotel design, to further pursue that focus. After five years, she established her own firm in 1986, Deborah Lloyd Forrest Associates. “I started my firm at the beginning of the big oil bust in Texas, during a recession. Everybody just quit spending money, which made it hard to carve out a company,” she says. “I had to go far afield to find work, but first, I took the time to focus on what I really wanted to do, what I was good at, and how I could find clients.” 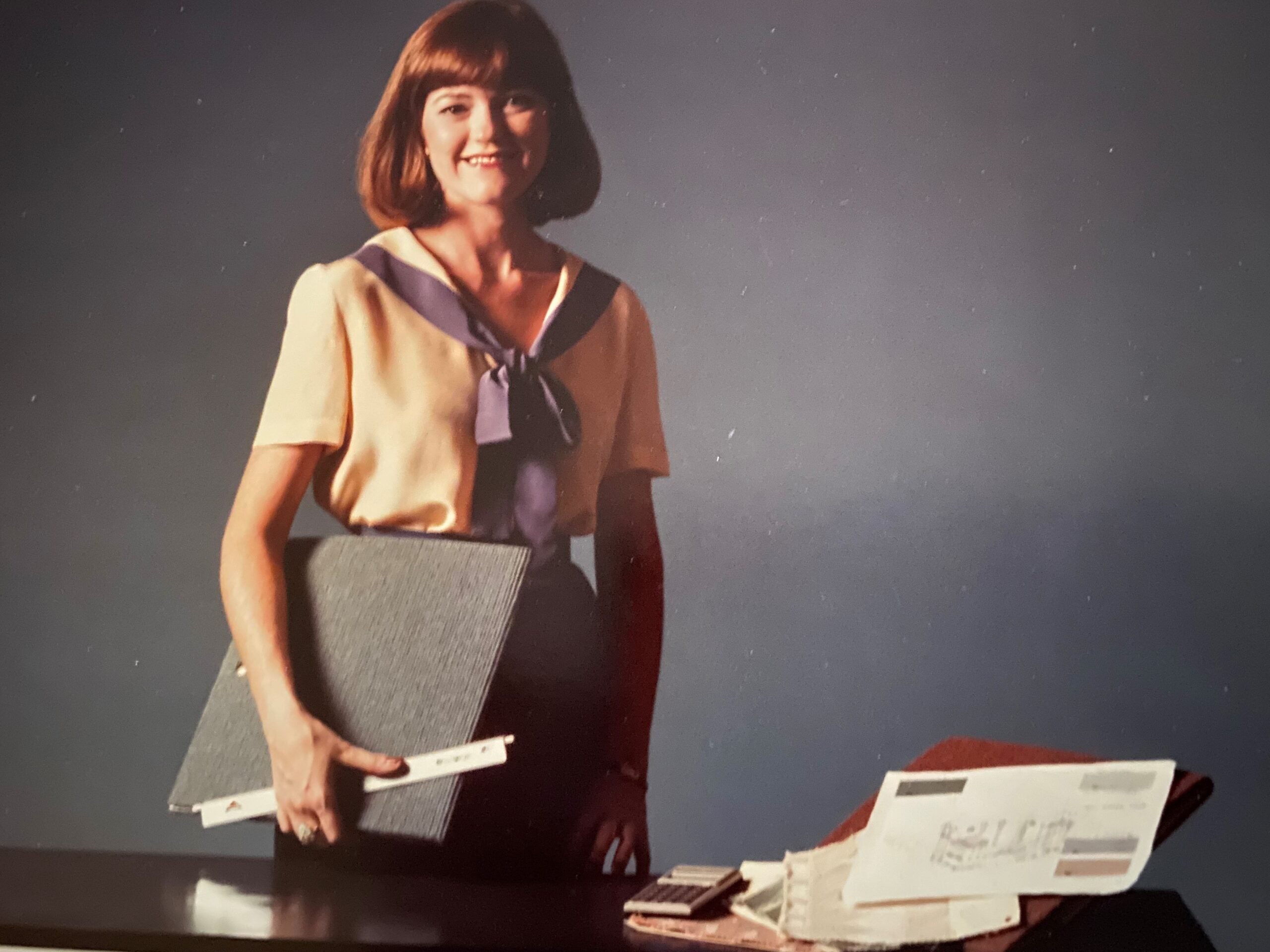 This photo from 1982 shows Deborah Lloyd Forrest while she was working on the Eola Hotel in Natchez, MS, the first hotel in her illustrious career.

Forrest began researching historic hotels around the world and who owned them. She sat down and wrote letters to the owners of fifty hotels, and followed every letter with a phone call, which resulted in some thirty positive responses.

One such query was to Robert DeMone, president of Canadian Pacific Hotels at that time. “When I called, his assistant answered, I explained who I was, and she said, ‘Mr. DeMone would like to see you, if you could come on this day or this day.’” Forrest immediately booked a flight to Toronto.

It turned out Mr. DeMone had previously been president of another division of Canadian Pacific Hotels, and wanted to become an expert on luxury historic hotels, so he promised himself he would learn as much as he could within his first six months in office. When Forrest visited, instead of the half-hour meeting scheduled, they talked for two hours.

Mr. DeMone told Forrest, “We are embarking on so many renovation projects across Canada, we want to invest money back into these landmark properties, but none of the architects or designers who are currently working on our projects has contacted me to introduce themselves.”

“That was a lesson that stayed with me through my career,” says Forrest, who soon received a request for proposal to renovate the Canadian Pacific (now Fairmont) Empress Hotel in Victoria, British Columbia, which she and her tiny firm won in 1987. When the renovation was just beginning and the entire team met, the lead architect pulled Forrest aside and said, “Anything you want to do needs to come through me, no one else.”

Forrest gave him a steely look in the eyes and said, “Are you going to be signing my checks?” He also wanted her to paint the classic Victorian hotel all white, a request Forrest, who is known for her keen sense of color, dismissed for this top-to-bottom renovation. The Empress closed for nine months in 1988 and reopened to rave reviews in 1989. “It was such a fast-tracked project, there was barely time to breathe. They had two to three crews per day toward the end,” she says. (Forrest has since refreshed and updated various areas of the hotel, including renovating the guest rooms and suites twice, the public areas once with a subsequent refresh, and adding a spa.)

“My relationship with Canadian Pacific was so direct and close for the first ten years, I felt almost a part of their company. Our relationship revolved around trust and respect,” she says.

“My philosophy is, creating relationships and doing good work is a way to get more work,” Forrest says. “It has to be a mutually respectful relationship.”

After the completion of The Empress, Forrest found herself still facing a weak economy in the United States, so she continued searching for international work. She renovated the historic SAS Palais Hotel in Vienna, and several suites in The Berkeley Hotel in London. As economic conditions improved in the 1990s, she began developing a portfolio in the U.S., and ultimately joined forces with architect Stephen Perkins to form ForrestPerkins in 1998. Forrest assumed full ownership of ForrestPerkins in 2012, and Perkins established his own firm. In 2016, ForrestPerkins became a distinct design studio of Perkins Eastman (no relation). ForrestPerkins, a leader in the global hospitality industry, now features an award-winning portfolio with hundreds of hotels ranging from historic to modern, as well as many multi-residential and senior living housing designs. 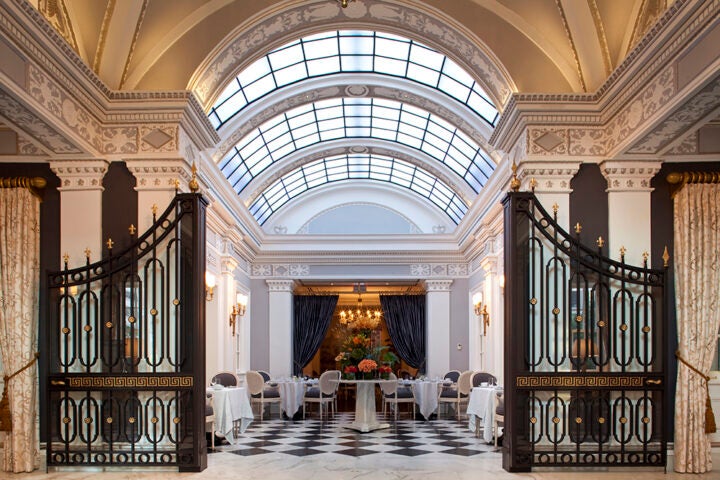 Of all the historic hotel renovations Deborah Lloyd Forrest has designed over her long career, The Jefferson Hotel in Washington, DC, is among her favorites. Photograph by Stirling Elmendorf

Among the many hotels Forrest has designed over the years, The Empress in Victoria, BC, The Jefferson Hotel in Washington, DC, and The Hermitage in Nashville are among her favorites.

“When we originally restored The Hermitage in 2006, we gutted all the rooms and planned fewer and larger rooms. The hotel had been a three-star hotel, but once we finished, it earned a Mobil Five Star and a Five Diamond in the first year. It usually takes two to three years to achieve that,” she says. Since then, ForrestPerkins has refreshed the hotel three times, and is currently in the final stages of a full update.

Now that Colletta Conner is stepping into Forrest’s signature Salvatore Ferragamo shoes to lead ForrestPerkins, and the trailblazing designer is transitioning to more of a consultant role, what’s on Forrest’s horizon?

“I am thrilled that Colletta Conner is steering ForrestPerkins into the future. Our dedicated studio leaders, Toby Bishop, Emily Woods Weiskopf, and Jennifer Beggiato, along with Colletta, have all been with ForrestPerkins for many years and carry the firm’s DNA as they grow our staff and expand our projects worldwide,” Forrest says. “I am proud to call them my partners and colleagues.”

Meanwhile, Forrest and her husband Tom Scott are designing and building a ground-up, modern house in Santa Fe, where they’ve owned property (with a spectacular 180-degree view in the mountains) for ten years. They’ve had a second home nearby for just as long, where they’ve been escaping from their primary domain in Dallas. Forrest is also looking forward to traveling more with her husband when it is safer to do so, and doing volunteer work. Meanwhile, she continues to consult for ForrestPerkins, particularly on The Hermitage, where the latest renovation will be complete this spring.

As she transitions to full-time life in Santa Fe, Forrest can rest assured that her namesake firm will continue strong under Conner’s leadership. “ForrestPerkins is very near and dear to my heart, and so this step in my career is all the more meaningful,” Conner says. “The passion and dedication our teams show up with everyday inspire me to serve them well. I am committed to serving and mentoring each of our staff members the same way that others have done for me in both my Air Force career and my career in design.” (Conner served in the U.S. Air Force for eight years as a medic and health-promotion director before becoming an interior designer twenty-three years ago.) “My hope is to carry on the legacy that Deborah worked so hard to build, one that is supported by quality work, great execution, and focused on the client relationship. Each of our studio leaders is equally committed; we all intend to make Deborah proud.”