One Man’s Trash is Another Bird’s Treasure

Once a year Mumbai gets very special visitors: flocks of flamingos appear in the creeks and inlets. These fluorescent colored large birds are a complete contrast to the dull concrete, crowds, and chaos that we associate with the city. This year the numbers of flamingos have increased by 25%. It’s easy to jump to the conclusion that this is something to do with the lockdown, with plenty of reports reading along the lines of “the Earth is healing, we are the virus.” Perkins Eastman, a signatory of Architects Declare, is always concerned about climate change and biodiversity issues, and we wanted to know more about what is causing this phenomenon. As we took a deep dive into the data (and stood on one flimsy foot), however, we were surprised to find the relationship between these migratory birds and the ecosystem of Mumbai is far more complex than it appears at first glance. The flamingos in Mumbai and their increasing numbers are one of many examples of this is in recent months. 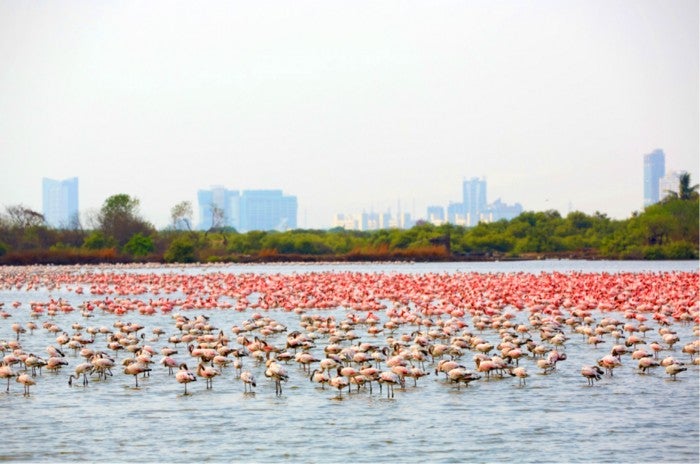 As with many things in the natural world, there exists a fragile, symbiotic relationship between humans, urbanization, and these stunning creatures.

While the coronavirus is definitely disrupting many things in our world, it is perhaps most disruptive to our commonly held beliefs — our assumptions — allowing new light to shine in places we never thought to explore.

Flamingos have been migrating to Mumbai between September to May every year since the ’80s and have been considered iconic symbols of the region ever since. Their numbers have been around 30,000 to 40,000 each season. These magnificent birds arrive in Mumbai mainly from the other parts of the country, namely Kutch in Gujarat and Sambhar Lake in Rajasthan. It is also believed that a small number fly in from Pakistan, Afghanistan, Iran, and Israel. These birds migrate to India mainly to avoid the cold climates in the northern regions of the world. 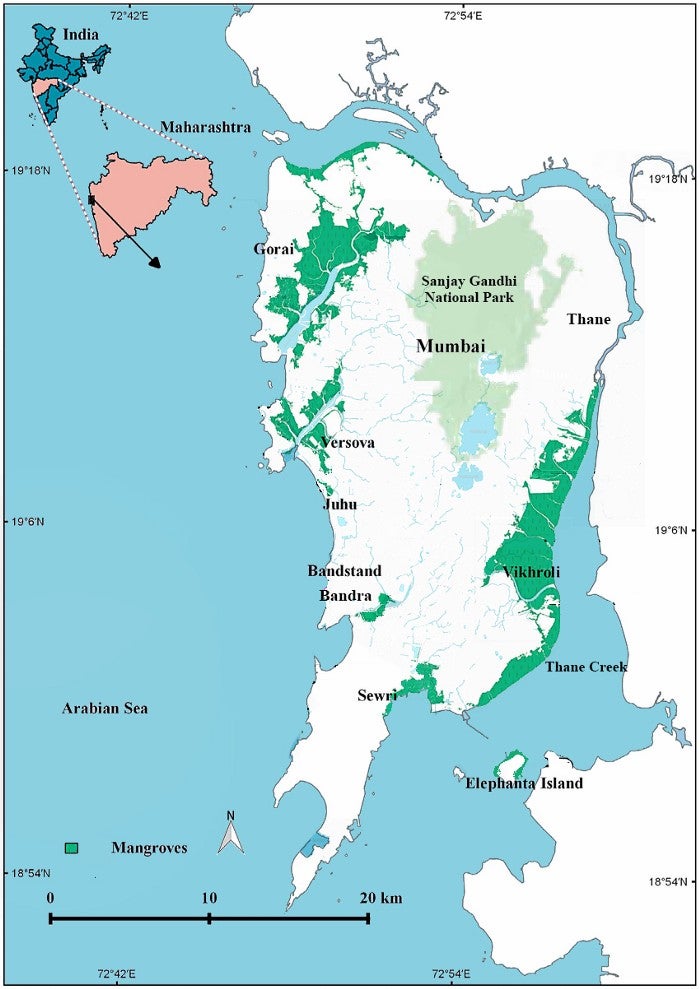 Flamingos thrive in a wetland habitat. Wetlands are coastal areas between the sea and mainland that are formed by saturated groundwater for the majority of the year. Mumbai’s large eastern and western coast, mudflats, and mangroves form a suitable habitat for the flamingos to breed. The Mumbai Metropolitan Region is considered to be the second largest flamingo habitat along the West coast of the country after the Kutch region, according to the Bombay Natural History Society.

While the 25% increase in the flamingo population during the lockdown is grabbing headlines, it is actually part of an upward trend in the last three years. In 2019, long before coronavirus prevented us from going outdoors, there was a huge spike in the numbers of these migratory birds, which rose to 120,000 from the usual 30,000–40,000.

What we found really surprising was that this happened alongside the water pollution levels rising. In India, constructed or man-made wetlands are increasingly used to treat municipal and industrial wastewater as well as storm water runoff. Mumbai, being the densest metropolis of the country, uses its natural wetlands for the same purposes. 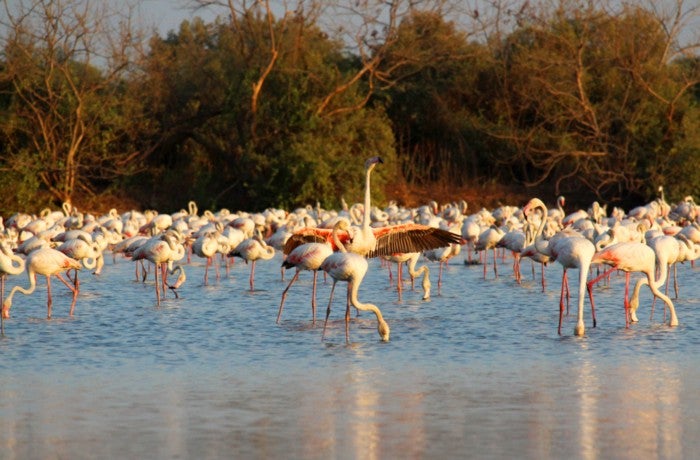 Many experts believe that the increase in flamingo population is mainly due to the increase in sewage output. This has caused a sudden increase in the formation of a type of plankton, blue-green algae, which flamingos feed on. In fact, it is this algae which gives these creatures their beautiful bright pink colors. The industrial discharge warms the water to levels conducive for algae growth. We were astonished to find that while the flamingos are no doubt thriving without human disturbance in the lockdown, it is our sewage that really attracts them in the first place. In fact, experts feel the increase in pollution levels due to domestic waste and the warming caused by industrial discharge have reached a perfect level for this phenomenon to occur.

Mumbai embodies this complex relationship between humans and nature. While the city is known for its filthy water bodies, very few know that despite this filth there is a thriving marine biodiversity in Mumbai’s coast.

Mumbai has a coastline of 167 km comprising sandy beaches, creeks, and reclaimed land edges. Of this, the creeks comprise 17% of the length. Mumbai’s wetlands and mangroves form a unique natural protective edge to the city; they protect the city from flooding and sea surges. The creeks are home to many migratory birds, a nursery for fish and numerous other species of marine life, insects, and birds.

Mumbai is well known for being one of the most populous, most polluted cities in the world but few know that it has a National Park and a wildlife sanctuary of endangered species within the city limits. And while the pressures of urbanization are at odds with this biodiversity, it is commendable to know that Maharashtra is the only state to have a Mangrove Conservation Unit within the Department of Forests that strives to protect the coastal areas from encroachment and waste disposal. This is not an easy task for any authority to manage top-down. The department partners with local citizen groups and fisher folk communities for surveillance and cleanliness of these areas. Shree Ekvira Prathishthan is one such group formed by 50 fishermen who go out daily to the Thane Creek, to clean out plastics and other pollutants from the mangrove forest. The government has declared the northern area of Thane Creek as a wildlife sanctuary. 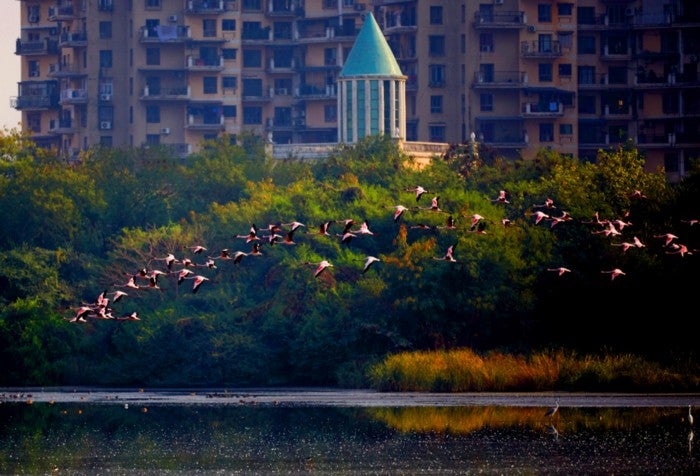 When you think of Mumbai you don’t automatically associate it with rich biodiversity, national parks, and ecological wetlands. We don’t blame you: as residents of Mumbai, battling traffic and crowds, we rarely see this side of the city.

But this year as we have been locked in our houses and looking out onto our neglected water-bodies, dazzling flocks of flamingos remind us that we are not the only creatures to call this bustling metropolis our home.

Learn more about our Mumbai studio